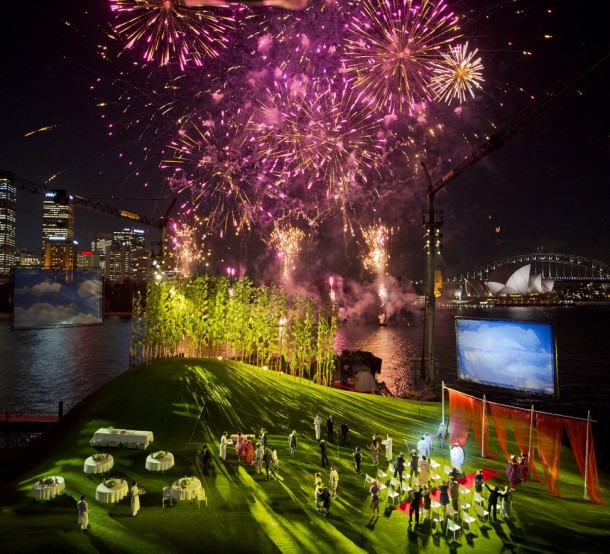 For a second year in a row, Tri-Point are proud to have provided the main stage structure and lighting towers to suit 2014’s Handa Opera on Sydney Harbour.

Fast becoming an iconic event around the world, the spectacular 2014 season saw Opera Australia put on a production of Madama Butterly, which was based on a large grassy hill for the first act, and in a run down Japanese dwelling for the second act.

Tri-Point managed the installation of the pylons into the sea bed, constructing a heavy duty truss grid to sit on top to create the platform that appears to be “hovering” above Sydney Harbour’s waters. Tri-Point also installed crane bases for the two stage-cranes, sub-decking, and a scaffold underworld for the dressing rooms and orchestra pit, which Red Circle then cladded with their beautiful set decoration.

On either side of the main stage, Tri-Point installed two heavy duty steel goalposts – again on the water – to suit the lighting of the show.

The event takes place at Farm Cove, in the Royal Botanical Gardens, Sydney.

Sculpture by the Sea R

3D Scan of The House